In terms of the Czech language “Basic School and Kindergarten Brno, Křídlovická 30b” is situated almost in the middle of Brno, the capital of Southern Moravian Region. Our city Brno is also the second largest town in the Czech Republic with almost 370,000 inhabitants. The Southern Moravia Region is located in the southeast of the Czech Republic and is the country’s fourth largest region. South Moravia has two international borders – with Austria to the south and with Slovakia to the southeast. The school itself consists of three working places. The smallest unit is an associated kindergarten. There you can find about 700 pupils that are divided in two parts, the first grade (pupils from 6 to 10 years old) and the lower-secondary level (the 2nd grade) where the pupils are from 11 to 16 years old. Our students are taught by 40 teachers and cared after by other members of operating staff. The school works according to its own educational programme “Heuréka!“ and realizes following priorities: Maths, Science and ICTs classes in lower-secondary level (Chemistry, Physics, Biology and Geography labs, we have extra lessons of Chemistry, Physics and Maths), Teacher-training school of Faculty of Education Masaryk University, Project and Dalton education, Personal and social education, Education of gifted children – School Cooperating with Mensa, Language communication and foreign language education (English, German, Russian). In 1994 our school together with three other Brno schools started to implement Dalton principles of responsibility, independence and cooperation. Using the alternative (or innovative) teaching method clearly became popular; the Czech Dalton Association was founded in 1996. We are also a member of Dalton International organization which promotes innovative teaching all over the world ( http://www.daltoninternational.org/) 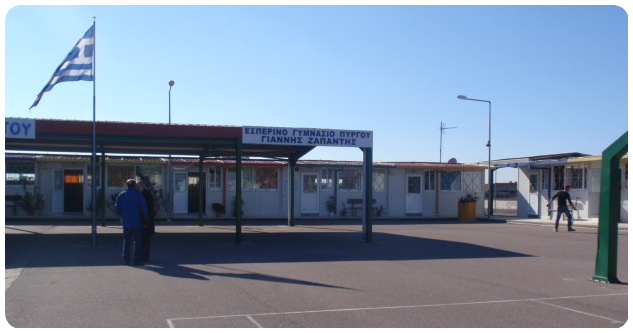 Our school is located in the city of Almere in the province Flevoland, the Netherlands. Almere is a new city only 35 years old, and our school is 25 years old.

Prepare well for your future. That is our mission. For an important part, you yourself are involved in this. After all, you determine your future. The OVC helps you discover what suits you. Besides the good, interesting lessons, we therefore offer all kinds of extras such as talent classes, an electronic learning environment, and excursions and many sporting and cultural activities. In short, at the OVC you everything you can prepare for your future.

The best school for you: quality
The OVC is a nice school where you get good education. We are proud of it. Quality is important to us. That is why we give good, interesting lessons. Do you need extra help? We offer study help for every subject.

Especially for you: personally
The OVC is a school where you are seen. A big school where the teachers work in small teams. This way we ensure that the teachers really know you. What makes the OVC even more personal: you can choose your own route. Would you like to learn English very well? Do you enjoy sports, technology or art? Do you follow the news all day long? We help you to develop your talent. For that our talent classes.

Ready for later: future-oriented
Your future? It starts at the OVC. With us at school your talent gets the space. Step by step we learn to work independently and work well together with others. We use computers and online media to make the lessons even better. Excursions abroad help you understand other people and cultures. We are therefore not a UNESCO school for nothing. After your school time at the OVC you are ready for your future.